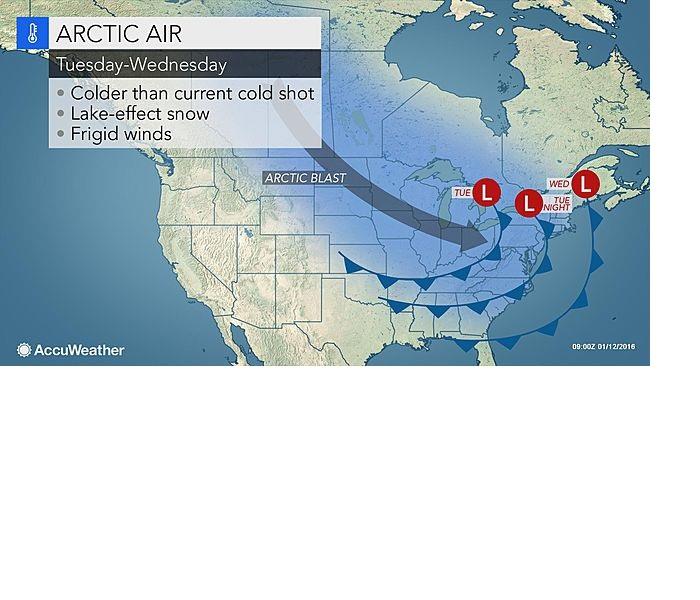 A piece of the polar vortex will help spread arctic air across the central and eastern United States through the midweek, bringing the coldest air of the season to many.

"The polar vortex will shift southward across Canada and set up near Hudson Bay for a several-day stint during the second full week of January," said AccuWeather Senior Meteorologist Alex Sosnowski.

Temperatures will likely peak 10 to 20 F below normal across the Plains, Midwest and Great Lakes for a couple of days this week. Temperatures may not escape the single digits through the middle of the week in the northern Plains and Upper Midwest.

The polar vortex is a permanent atmospheric feature that exists near the poles. At times, it can weaken and be displaced during the winter, sending waves of arctic air farther south away from the poles.

While waves of cold like this are not uncommon during the month of January, it may come as a shocker for some due to the warm end to 2015 thanks in part to El Niño.

For those that haven't dug out the winter clothing already, this round of cold air will require several layers, especially for those heading outside for an extended period of time.